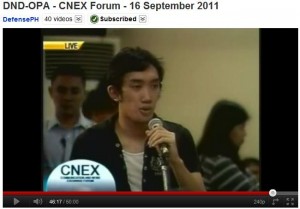 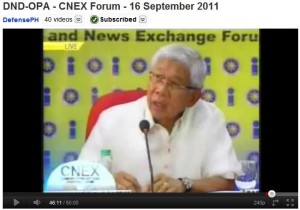 In December 2009, the Bids and Awards Committee of the Department of National Defense issued a Notice of Award for the Combat Utility Helicopter acquisition project of the Philippine Air Force (PAF). The winning bidder was the Polish company Wytwornia Sprzetu Komunikacyjnego “PZL Swidnik” S.A., which offered its W-3 Sokol intermediate helicopter. Since the announcement, little if any details about the helicopter were ever released from official sources.

Then in September, 2010, the Philippine Star, care of Roel Pareno, produced the following article with surprisingly detailed descriptions of the helicopter’s armament. The following is an excerpt.

ZAMBOANGA CITY, Philippines – The capability of the Philippine Air Force (PAF) will be enhanced with the purchase of eight Polish-made attack helicopters.

Rabena said the helicopters, purchased at a cost of P2.8 billion, are all heavily equipped.

Rabena said the twin-engine combat helicopters would be delivered early next year.

PAF spokesman Lt. Col. Miguel Ernesto Okol said the delivery of the helicopters would also include the training of the pilots and proper use of the weaponry for crewmen.

Okol said the helicopters could be used for rescue missions.

The weapons list in the article surprised many long-time military enthusiasts. It didn’t make sense at multiple levels.

First of all, the CUH was supposed to be a transport helicopter. It was meant to operate in the same manner as the UH-1H Iroqouis (Huey) that is currently the PAF’s principal troop-mover. The UH-1s are only armed with two side-facing M-60 machine guns for self-defense purposes, thus reserving most of the helicopter’s lifting power to moving men and materiel.

The second, and more alarming, concern was the potential logistical impact of the list. The report mentioned weapons that did not currently existing in the PAF inventory, and therefore would be specialized purchases for a relatively small fleet of aircraft. The guns listed would introduce new types of ammunition that were not manufactured by the Government Arsenal, and would therefore have to be imported — again, for a very small fleet of aircraft.

The report just seemed wrong. As it turns out, it was.

Not long after the report came out, military-enthusiast community inquiries made their way to the PAF spokesman himself regarding the details that the report claimed that he had shared. Apparently . . . those details did not come from him and words had been put in his mouth.

In a effort to add spice to the article, the reporter reportedly inserted details that he had gotten from a Wikipedia article about the Sokols into his report. He had done so with little regard for whether or not the data was actually applicable.

It has never been made clear if the decision to embellish was the reporter’s handiwork, or if was an editorial decision.

BRP Gregorio del Pilar (PF-15), the new Philippine Navy flagship, arrived from the United States on the 21st of August, 2010 and was officially welcomed on the 23rd of August. It was the largest acquisition for the Philippine Navy since the arrival of Frank Besson class Logistical Support Vessels (LSV) in 1988 and was understandably the focal point of much attention in the military-enthusiast community (e.g., Timawa.net, etc.)

While some gaffs in media reporting for the event had been expected, one report in particular drew heightened attention for the poor quality of his report: the arrival ceremony coverage by GMA News c/o Mark Salazar.

His report was a only 2:25 long. But he managed to pack a fair number of errors within that interval. Many things that he got wrong were actually already covered in numerous news reports leading up to that day, and were even re-answered by the Flag-Officer-In-Command (FOIC) of the Philippine Navy himself the night before, on a rival news channel. (A link to this interview is available at the bottom of this post for reference).

The following table lists several issues with his report.

It was a classic case of a reporter who did not understand the topic upon which he was tasked to report. In the Internet age, there really ought to be no excuse for going into an assignment cold. But alas . . . that’s exactly what happened here.

Had Mr. Salazar, or whoever allowed him to go on assignment unprepared, simply took notes from the following interview, practically all the gaffs above would have been avoided.

Military enthusiasts have come to expect that the Philippine press will almost always get details about key Philippine military developments wrong. Gaffes such as incorrect use of terms (e.g., use of the term “tank” to refer to anything colored green and has armor) to erroneous descriptions of equipment (e.g., called T-28 Trojans “Tora-Toras” and reporting them as World War II vintage aircraft) are so common place, they now almost go unnoticed.

Arguably, the press tends to get away these errors because, in the end, the only readers who care about these factoids are people who are immersed in the defense establishment, either as professionals or as interested observers. These mistakes have been around for years, and save for over-done slaps on the forehead on the part of some readers . . . little harm is ever actually done.

Recently, however, there have been a series of reports whose deficiencies reflect a surprising level of irresponsibility on the part of journalists:

If media practitioners can be so cavalier about defense reports, what shortcuts would they take with their other stories? Are preparation and research becoming optional for the journalists of today? Do editors no longer care if their people do the legwork required to put together a proper story?

The easy reaction to this perceived decline in report quality is to join the chorus of incessant complaints about all things Filipino, throw one’s arms in the air, and declare:  “ganoon talaga ang ‘meeja'”. While that response is easy, it doesn’t really do anyone any good.

A healthy, responsible, press is an important part of a modern democracy. Government press releases, social media, and the blogosphere are all useful sources of information. But there is something to be said for information that is collected by professional journalists and vetted by, theoretically, knowledgeable and mature editors. If the gap between reality and the ideal really is widening, then this casts doubt on the usefulness of the Philippine press. Our democracy will be greatly diminished if this trend is allowed to continue.

This blog seeks to take an alternative track. It seeks to engage media practitioners in an effort to improve defense reporting, and in so doing, promote improvement in other areas of interest. This site is a modest attempt to remind the press that the quality of their writing matters.

This blog draws inspiration from a Website called: http://www.webpagesthatsuck.com/. That site’s self-proclaimed charter is to help designers “Learn Good Design by Looking at Bad Design”. In the same vein, this blog hopes to encourage journalists to excel in their fields by providing examples of work by their peers who do the exact opposite and represent the bottom-of-the-barrel of their industry.

It is the author’s hope that site provides media practitioners with useful feedback about their work that they can help them improve their craft.